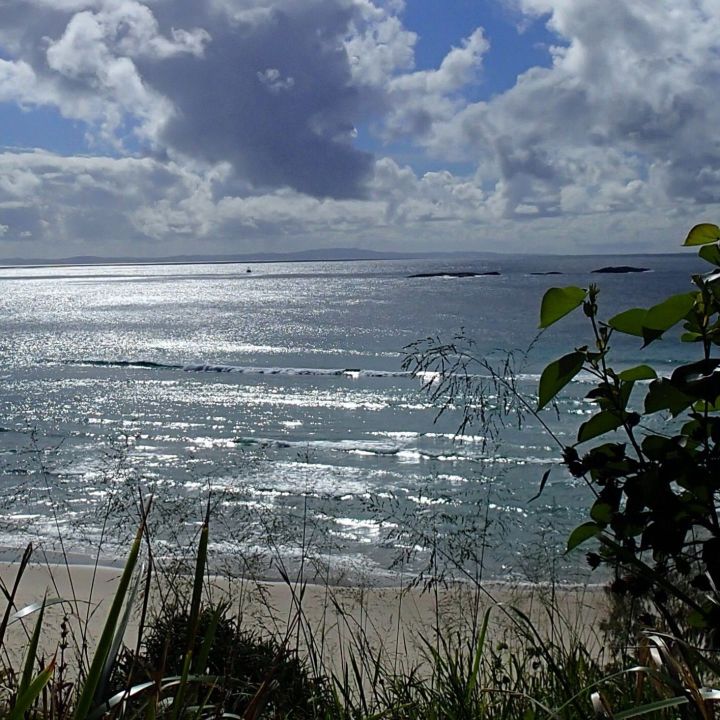 I can’t really remember when my love affair with all things coastal, beachy, salty and sandy came into existence. You see, I grew up a country girl really, not a long way from the Gold Coast, but still not on the beaches very often. In fact, I was around nine or ten before I even learnt to swim properly.  We grew up riding bikes with all the other neighbourhood kids until sunset, horse riding around the hills on the farm on weekends, pulling up yabbies with meat tied to a string and stick from the various muddy waterholes and ponds around us, and never really getting up to too much mischief, as word always spread quickly through the small town grapevine if one of us was mucking up or up to something we shouldn’t be. Looking back, it’s a wonder we survived actually, unfenced creeks, deep rivers with steep banks, bush so thick we often came home covered in scratches from the lantana and other branches when we would go and explore a new part of our local ‘hood, not even worrying about the snakes we would often come across. Not to mention eating the soggy, hot luncheon and pickles sandwiches packed in the basket on the front of our bikes with a plastic bottle of nearly warm, Golden Circle Orange cordial…Miracle really 🙂

Both my parents loved the water, Mum couldn’t swim, she dog paddled, but she loved boats and being on the water with a rod in her hand. Many weekends spent down here where we now live in the Redlands were with her parents, my Grandparents and all her Brothers and Sisters( My aunts and Uncles) and their kids and there was some of the happiest memories of my life right there. My Nan and Pop had a little caravan permanently on site at the Redland Bay Caravan Park, that we would come down to any chance they got. It’s long gone now, but we used to have so much fun sleeping in the annex, mucking about in the boats, feasting on local freshly caught seafood like mud crabs, sandies, fresh fish and local fruit and veges and generally being happy with everything in our world.

My Dad, well he was a countryman himself, but he was a good swimmer and still is.   He would encourage us out into the surf with him holding our hands,  ducking under the waves, teaching us to turn around into them and catch them and ride them into the safety of the shallow shore at full speed.   Eventually we could do this on our own, and then seeing his face out in the breakers, smiling at us and watching us turn around to see if he was watching us ride them in on our own and seeing the pride on his face when we did!

Dad was never home much when we growing up, his work kept him interstate for many weeks and months of the year. But he always made time for a family holiday or two with Mum and us two kids ( my younger brother and myself ) throughout the year. It was usually always near a beach: Port Douglas, Tannum Sands and Great Keppel Island if we went away in Winter and Woodgate, Hervey Bay, Caloundra or Yamba were the usual places for Summer time.  We would swim, go to all the touristy places, maybe have a raspberry and lemonade at the local watering hole in the afternoons, fish and chips for dinner and I remember lots of ice cream and early nights for pretty much the whole holiday and.. no one ever complained about that either..

So it would seem, that my love affair with all things seawater probably was always in my blood anyway, not so much growing up right on the water, but always not too far from it, always thinking about it, appreciating it, teaching my own daughter about the water and the coasts and how important they are to our lives, to everyone’s lives, and that we have to look after the beaches and our seas for future generations and for the survival of our Planet and the beautiful creatures who inhabit our vast oceans. I hope the future is in good hands.. I am sure it is.

This site uses Akismet to reduce spam. Learn how your comment data is processed.

As seen in the Redland City Bulletin

A LOVE of life in the Redlands has been captured in verse, prose, film and photographs by the winners of the Our Redlands Story Competition.

The competition, part of Redland City Council’s development of a brand which best defines the city, encouraged Redlanders to share stories about their home and what it meant to them.

A selection of these were published by the Redland City Bulletin. The creativity of locals was reflected with one entry which came via message in a bottle.

Enduring themes among more than 30 entries were water, greenery and Moreton Bay islands.

Redland mayor Karen Williams said entries showed a strong sense that the Redlands, its lifestyle and natural beauty were special.

“There are love stories, reflections on good times and wonderful  experiences but, above all, a sense that our city is a really great place to be,’’ Cr Williams said.

“A lot of passion for the Redlands was shown through the entries, with a common thread that we are indeed fortunate to call the Redlands home.’’

Cr Williams said the competition would be invaluable in developing a brand which captured the essence of the Redlands which was about the bay, wildlife, outdoors and community.

“Our entrants felt that Redlands made them feel relaxed, inspired, rejuvenated and that they live in a very special place in the world that is full of natural beauty.

“…These stories, photographs, videos, pictures, poems and even a song help define what’s unique about our city, how it makes us feel, what it gives us back and what we love about it.

“Our major prize winners were quite outstanding, with Veronica Mahoney-Hodges’ great take on just how wonderful it is to get home to the Redlands, Jo Dickson’s Dancing Mangroves, a captivating story in a bottle, and Jennifer Parker’s inspiring imagery in My Redlands.”

“Redlands is a bit of a secret in many respects but we have so much to explore around every corner, whether it is our islands, our coastline, our bushland, our rich Quandamooka culture … and our European heritage,’’ she said.

“We want to get our message out about how great our city is and our brand will help do that.”

The new city brand is expected to be unveiled at the end of this year.

The winners, who will each get a Apple IPad 9.7inch retina 32GB Wi-Fi are:

The runners-up, who will get Go Pro Hero4 Session are: